My Grandma’s Apple Pie is an authentic recipe for Apple Pie that we make together every year for Thanksgiving! The best apple pie recipe ever!

“When you die, if you get a choice between going to regular heaven or pie heaven, choose pie heaven. It might be a trick, but if it’s not, mmmmmmm, boy.” –  Jack Handey, Saturday Night Live.

I am a pie person. Let it be known.

I come from a family of pie people, and hopefully one day I’ll get to go to pie heaven. 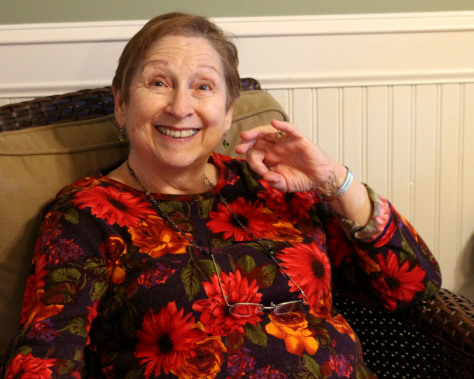 This is my Grandma! You can call her Ro.

This Grandma makes pies. And let me tell you, she is one bad pie maker.

No, No! I don’t mean bad in a negative way. I mean it in the Michael Jackson way…  Grandma kills it at the pie game. 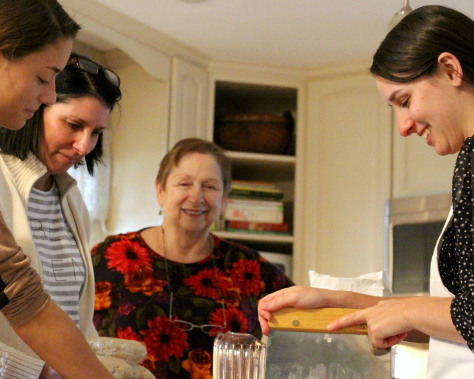 Anyway, what I’m trying to tell you is that my Grandma makes the most amazing pies ever.  They’re probably better than your grandma’s pies. Just sayin’. Her apple pie is legendary.

In recent years my aunts, cousins and I  have started a new tradition in order to learn all the tricks of Grandma’s trade.

We all get together in the fall and make oodles and oodles of pies. Grandma oversees the whole operation and teaches us her techniques as we go. 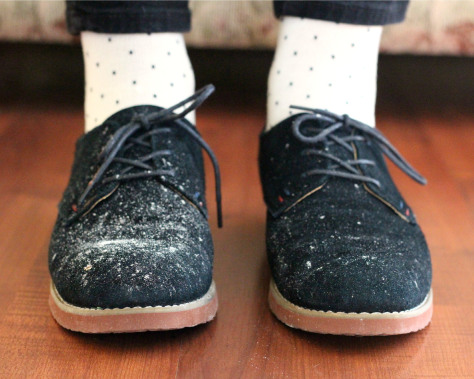 My Grandma only makes three pies, and each of them is perfect.

Blueberry pie in the summer, apple pie in the fall and the occasional custard pie – creamy, scented with nutmeg – which has always been one of my favorites. 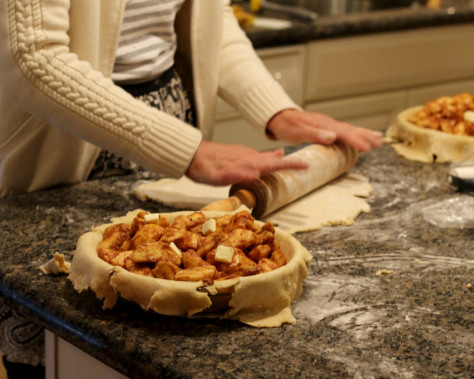 But for our pie making pow-wows we always stick to apple only.

No salted caramel. No crazy spices. No cheddar cheese. No fancy lattice top.

Just good old fashion apple pie. Nothing but cinnamon, sugar, butter, the flakiest crust ever, and lots and lots of love. 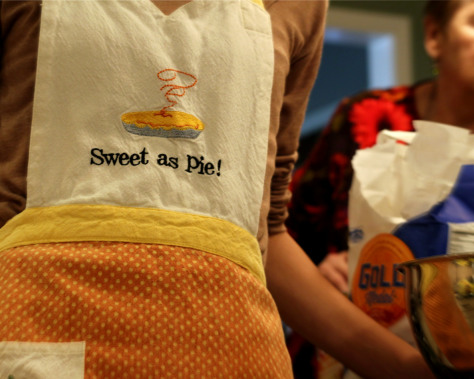 “Pies are one of the few things I make where I actually feel myself putting in the love.”

My Aunt Ang said this as we were making our pies last weekend and I totally feel her on that. 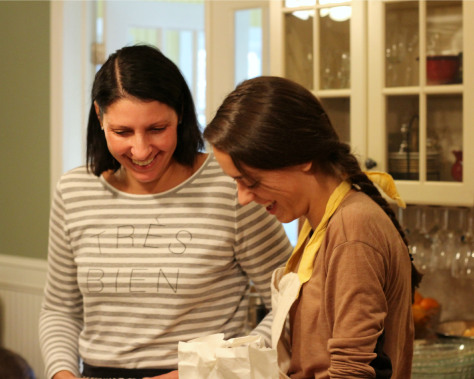 An essential ingredient for any good pie is a healthy does of L-O-V-E. Don’t even try to make one without it. 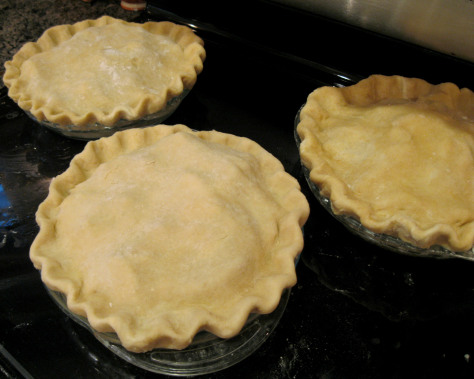 We freeze all of the pies we make so that we can have pie on the fly all throughout the holiday season (and beyond).

Believe it or not, pies bake up better when they go straight from the freezer to the oven, as the cold butter reacts with the heat in order to create a super flaky crust. 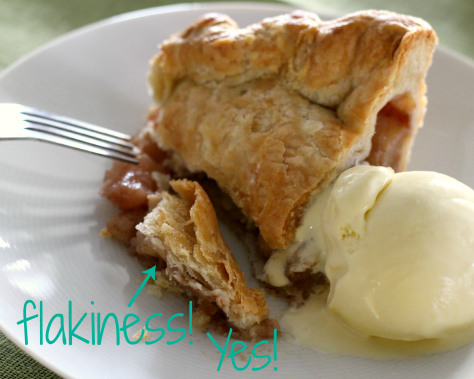 Everyone knows it’s the crust that makes a pie great, and my Grandma’s crust is the truth.

That being said, over the years I’ve altered the recipe a bit to suit my own tastes. Grandma’s crust is traditionally made with all vegetable shortening and no salt.

I’ve adjusted mine to include salt (because I don’t make anything without it) and of course, butter.  Naturally, everything is always better with butter. But I keep a little shortening in the mix to keep the dough tender and to add extra flakiness.

So often it seems that secret family recipes get lost over time because the younger generations never learn how to make them.  I LOVE that my family developed this tradition, and I’m so proud to have finally mastered Grandma’s pie recipe. 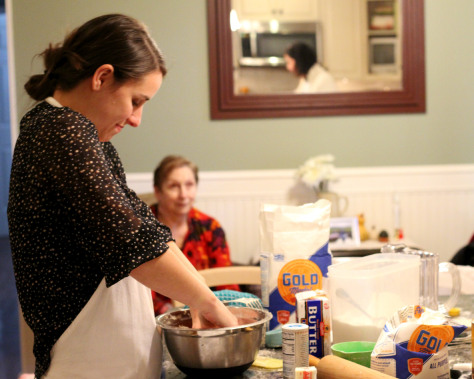 Does your Grandma have a special recipe that you’ve always wanted to learn? Maybe this Thanksgiving is the time to finally ask her if she’ll teach you.

I’m sure she’ll be thrilled to pass down the knowledge, and she’ll probably be pretty flattered that you asked, too.

I can’t wait to celebrate my favorite holiday on Thursday and to eat all of the pies.  Here’s to a day spent enjoying family, friends and feasting! Happy Thanksgiving to all of you turkeys out there who actually read this far down.

I hope you have the kind of Thanksgiving where you leave the table feeling too full for school. That’s the point. 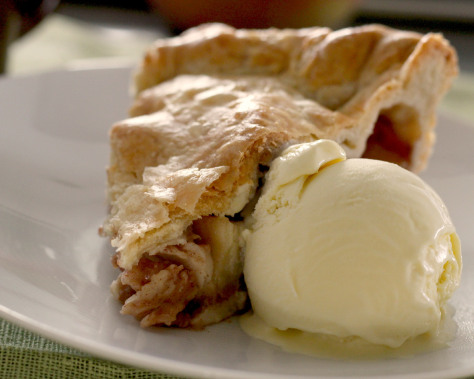 My Grandma’s Apple Pie is an authentic recipe for Apple Pie that we make together every year for Thanksgiving! The best apple pie recipe ever!