This classic Mexican recipe for Enchiladas Suizas is made with pulled chicken, rolled in corn tortillas, and smothered in a creamy tomatillo sauce.

Sooo…  you still have any turkey leftover from the weekend? Of course you do. Or, well, maybe you don’t. It’s cool either way! Everyone gets to be included here. These enchiladas are worth making whether you already have cooked poultry in your fridge or if you need to swing by the market to grab some. That’s because in my book, enchiladas are always worth making.

After spending a weekend gorging on traditional Thanksgiving foods like sweet potatoes, stuffing and cranberry sauce, I’m pretty over it come Monday. I start craving flavors on the complete opposite of the spectrum, which is one reason why I’ve been on a bit of a Mexican kick this week. 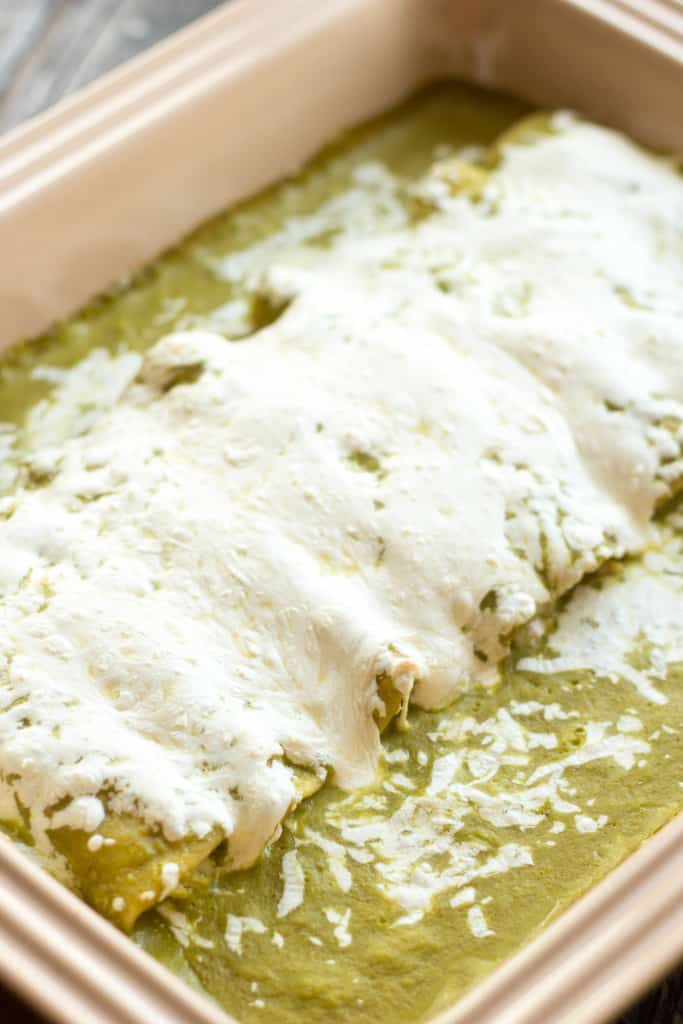 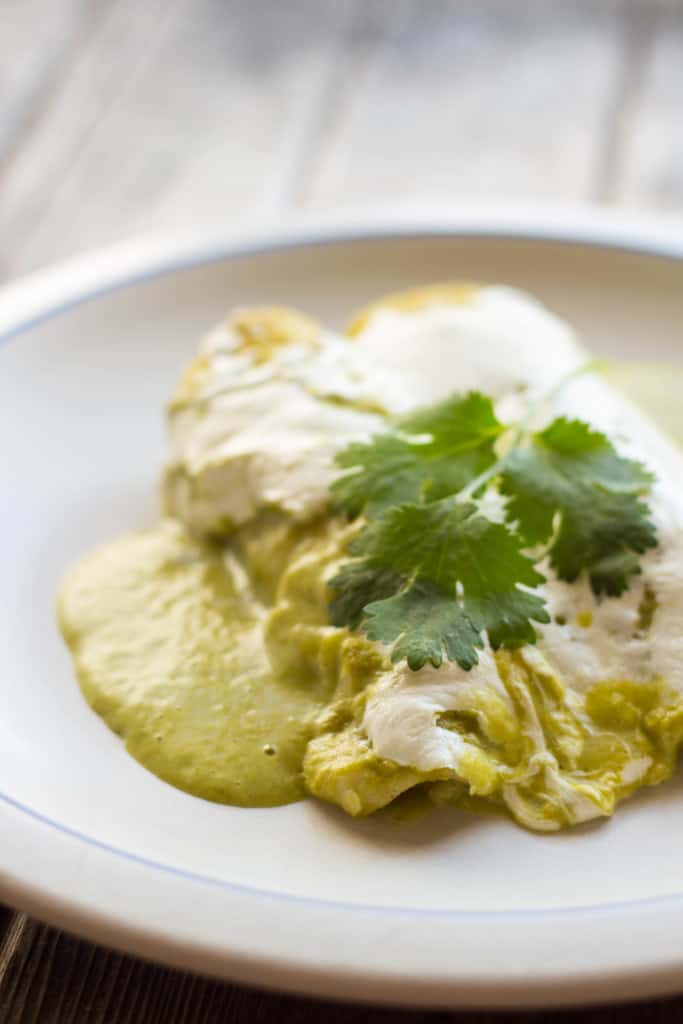 The other reason is that I’ve had the most incredible harvest of tomatillos from my garden. That’s right. You read that correctly. It’s December, and I’m still harvesting things from my garden. The weather this fall has been absolutely spectacular. Black Friday last week saw record breaking temps, and I actually got to spend some time sitting on the beach… in a t-shirt. And I was hot! And that was crazy.  Now, I knowwww global warming is totally legit and completely destroying the earth. But! It’s really hard to hate when it means we get multiple days over 70 degrees in November and a garden that still thinks its September.

“The heart wants what it wants – or else it does not care.” Emily Dickinson 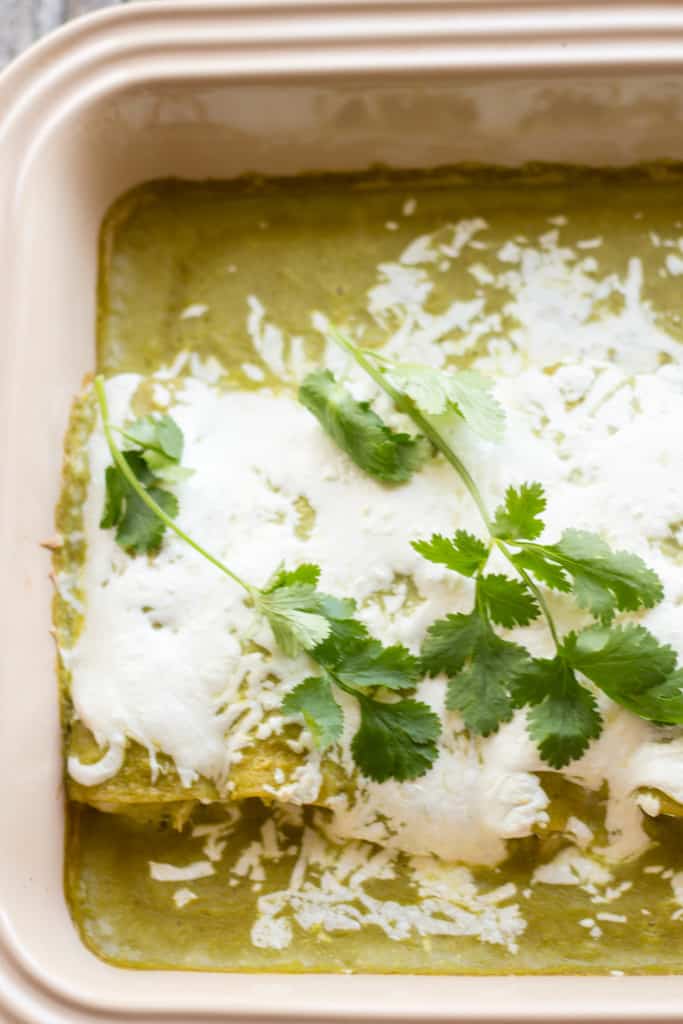 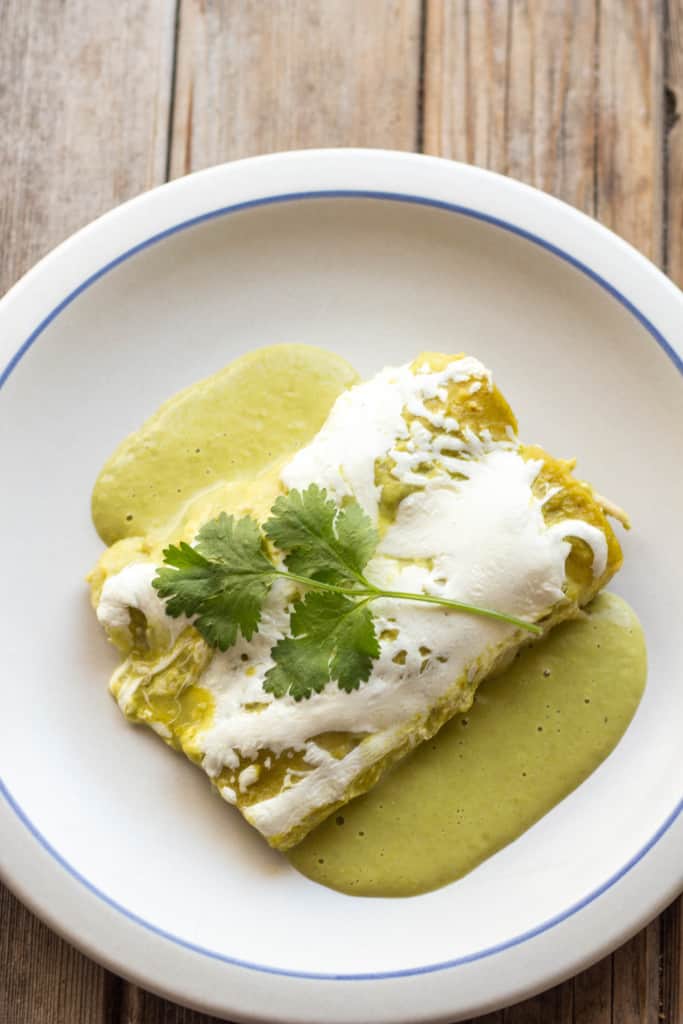 In addition to wanting warm weather year round, my heart also wants Mexican food. I should probably just move to Mexico to satisfy this heart of mine – it would really make the most sense. But man, for real though. I love Mexican food. And whenever we go out for Mexican, enchiladas are almost always what I order. So when a friend – who just so happens to be Mexican – commented on a photo of my tomatillos with the words “Enchiladas Suizas,” needless to say I was intrigued.

Who is this Suiza and what makes her enchiladas so special? The answer: cream. It gets mixed into the mildly spicy, tangy green sauce, which is then topped with oodles of melted cheese. After doing a little research, I came to realize that Suiza is not actually a person at all. The word means Swiss in Spanish, which refers to the copious amount of dairy used in the recipe. And whenever the phrase “copious amount of dairy” is used to describe a dish, it’s pretty much guaranteed to be a hit in this household.

I played around with this recipe a few times to get it just right. It’s a great way to use up that leftover turkey from Thanksgiving, but a store bought rotisserie chicken gets the job done just as well. It makes a lot of sauce, so be sure to have plenty of rice or extra tortillas around to sop it all up. 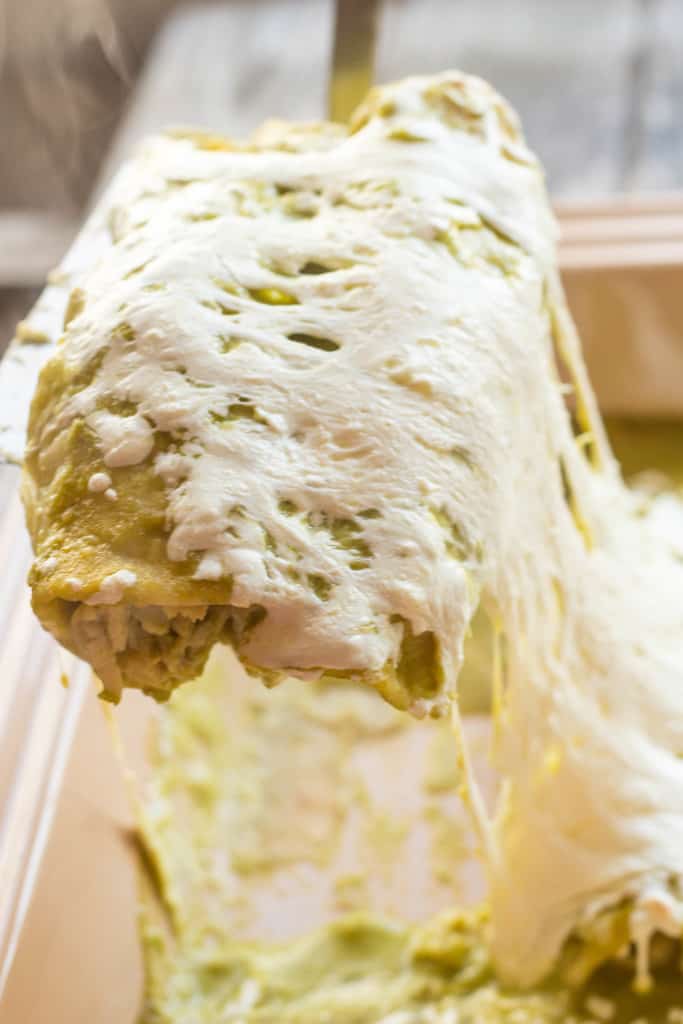 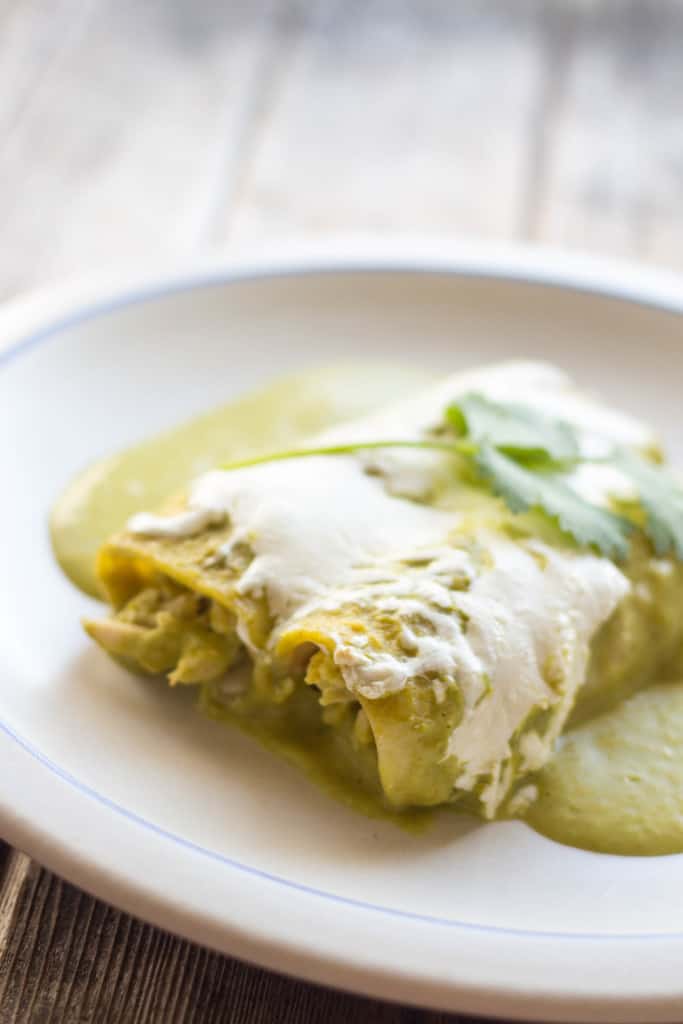 This classic Mexican recipe for Enchiladas Suizas is made with pulled chicken, rolled in corn tortillas, and smothered in a creamy tomatillo sauce. Adapted from Saveur.