I’m pretty sure I’ve mentioned before that I consider myself a cyclical eater, meaning that I get obsessed with foods and then get sick of them, only to rediscover them years later and begin the obsession all over again. I’m afraid to say and ashamed to admit that this year, I’ve been slightly less obsessed with tomatoes than I’ve been in the past. What? I know. I know. Perhaps it’s because it was a tough growing season, but it’s more likely to do with the fact that I’ve practically overdosed on them in years past.

Now granted, me being slightly less obsessed with tomatoes probably still equates to consuming more of them than your average bear. But recently, I just haven’t been craving them as much as I used to. I’m certain this will not be permanent, but this year I’ve found myself much more interested in seasonal fruits, particularly melons and plums. My entire life, I’ve always passed up melons at the market, but this summer I haven’t been able to get enough. Why, then, have I not posted any melon recipes, you ask? Becuase I’ve been too busy devouring them straight out of the rind. They’ve been so sweet, so juicy and so flavorful, I’ve seen no reason to eat them any other way. Okay, maybe a little prosciutto slipped in on occasion, but that should go without saying.

My obsession with plums, however, has been a bit different. I discovered this absurdly delicious plum torte towards the end of last season, and I couldn’t wait to get my hands on more plums to make it again this year (I think we’re currently going on torte #4 of the season, which, yes, is most definitely a lot for just two people). But we’ve also been eating plenty of plums out of hand at home and on the beach, and recently I started roasting them. They’re delicious swirled into yogurt or as a topping for ice cream, but my favorite way to eat them so far is like this. On top of toasted baguette, with a layer of super thinly sliced prosciutto, and loads of creamy burrata oozing over top.

The plums get caramelized and jammy in the oven, and are a match made in heaven with the salty, porky prosciutto and the ooey gooey burrata. If you haven’t been obsessing over plums like I have, this recipe will definitely get you there. 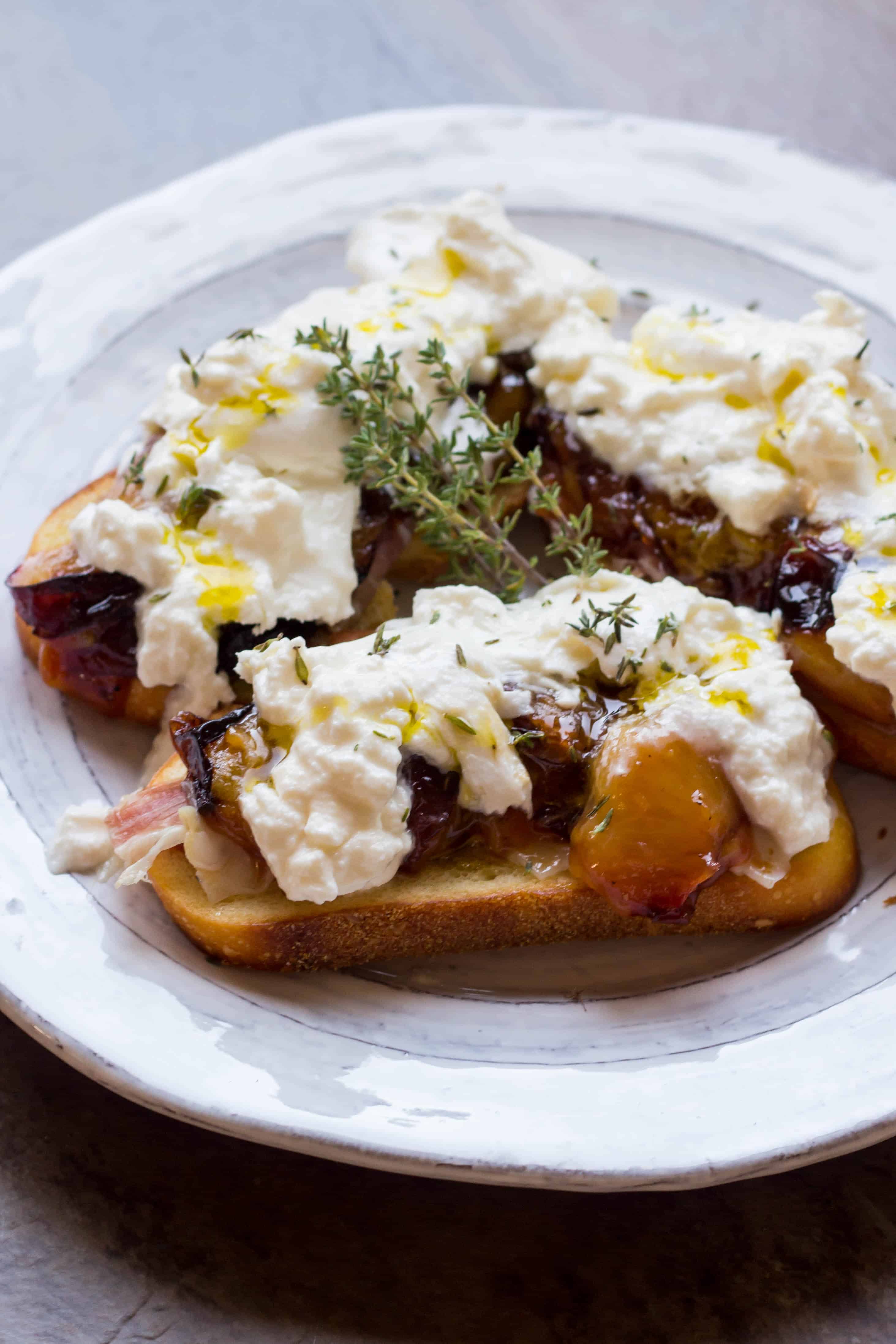 Serves 4-6 as an appetizer 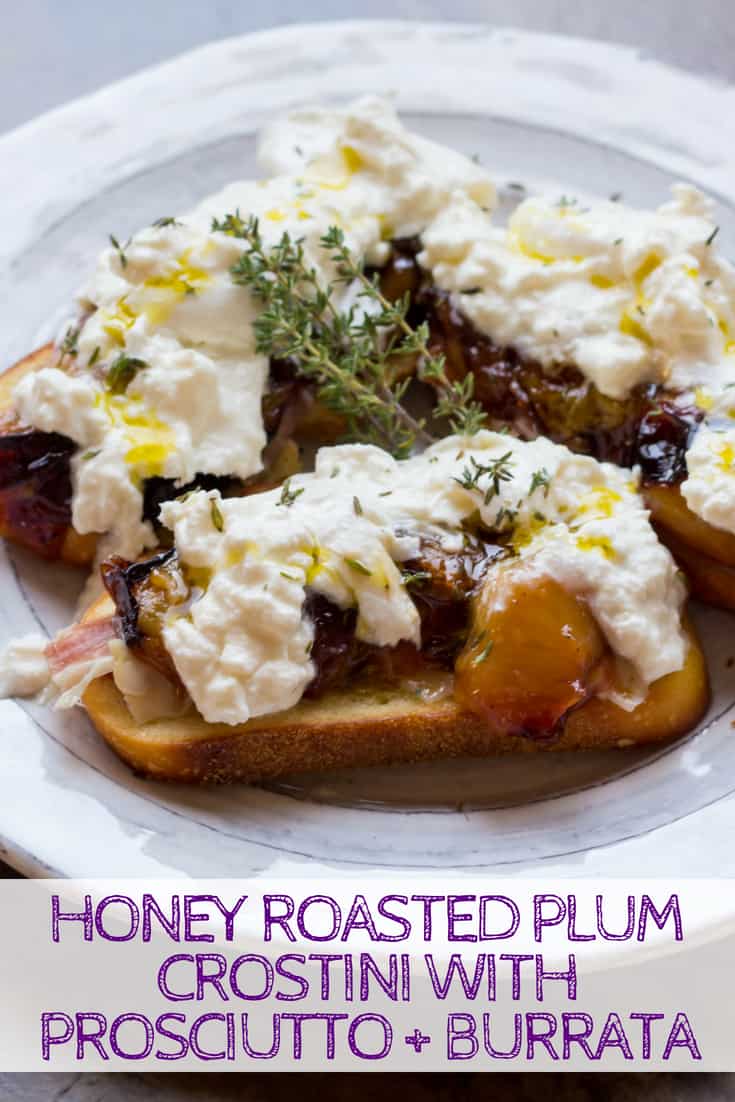