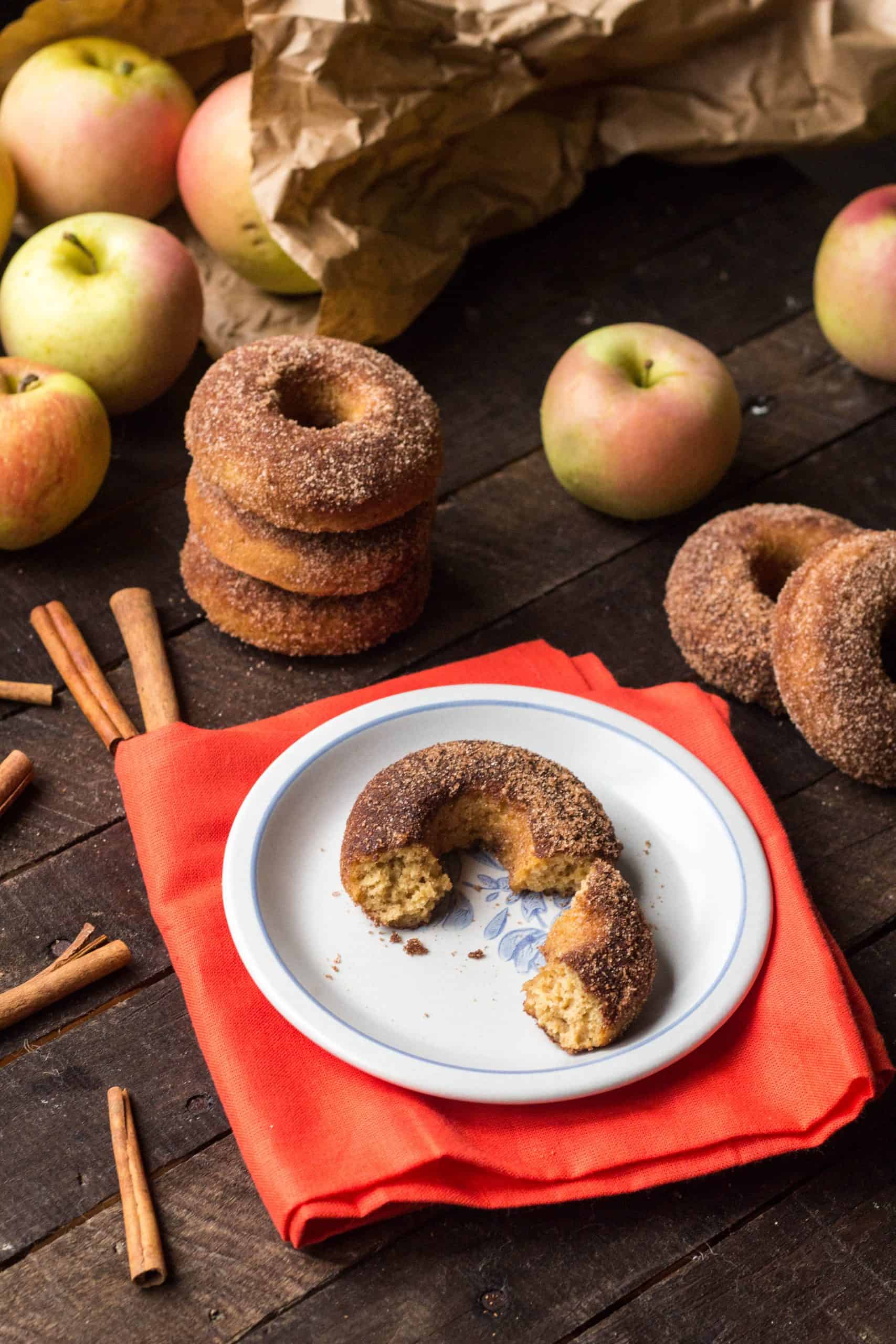 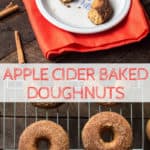 This recipe for Baked Apple Cider Doughnuts is healthier than traditional cider doughnuts because they’re baked instead of fried. They’re warm, doughy and just sweet enough. So easy to make and perfect for fall!

*This post contains some affiliate links which means I may receive a small commission if you make a purchase (at no additional cost to you).

Over the summers when I was in highschool, I worked at a little place that sold fresh homemade apple cider doughnuts. They were famous for them, and they were incredible (actually, they still are). These doughnuts… are not those doughnuts. But they do come pretty close.

Yes! They really do. They’re slightly crisp on the outside, cake-like on the inside, and rolled in butter and cinnamon sugar for that irresistible doughnut taste. Once you try these, you’ll never go back to fried doughnuts again! Well, unless they’re hot and fresh – there’s no resisting that. 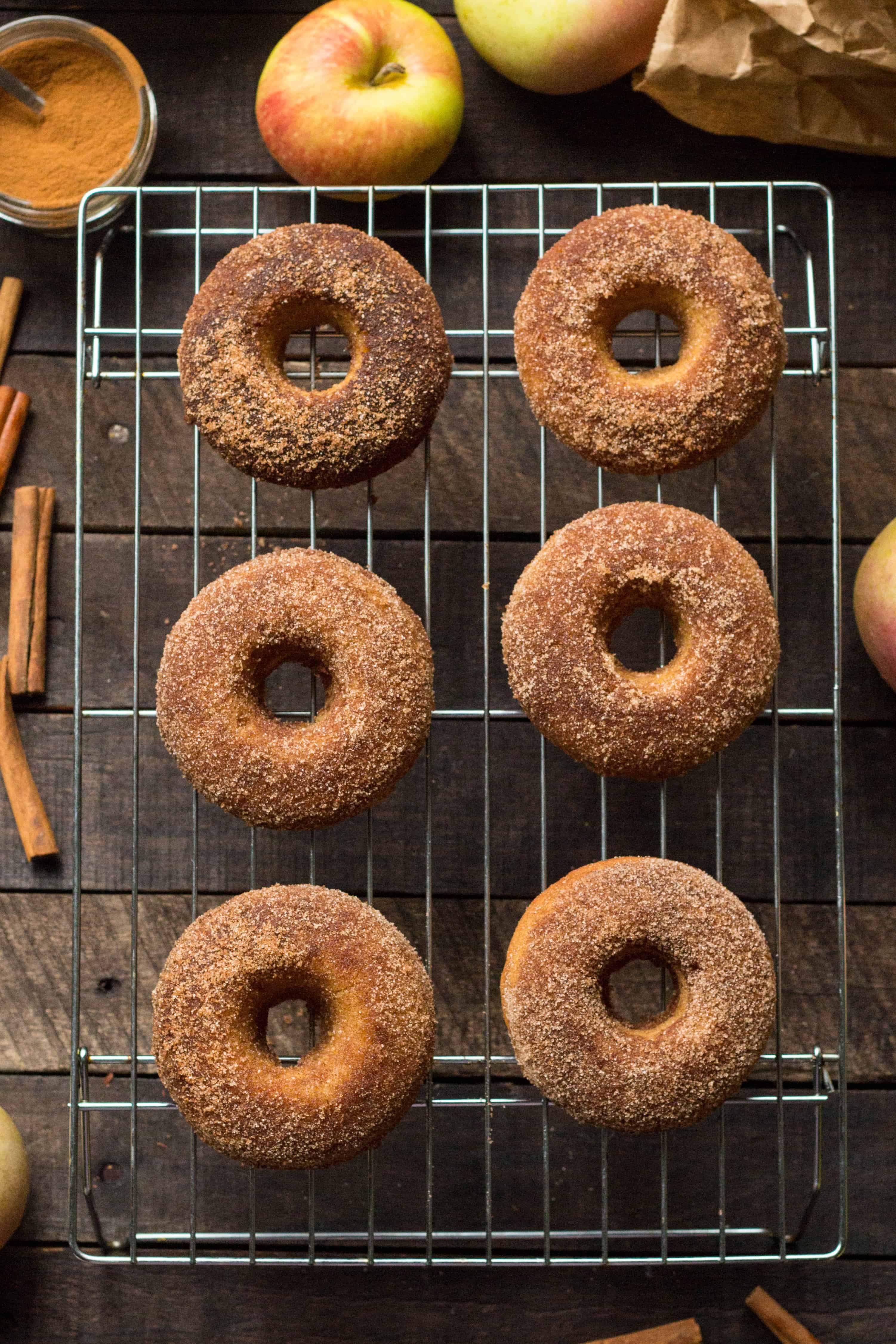 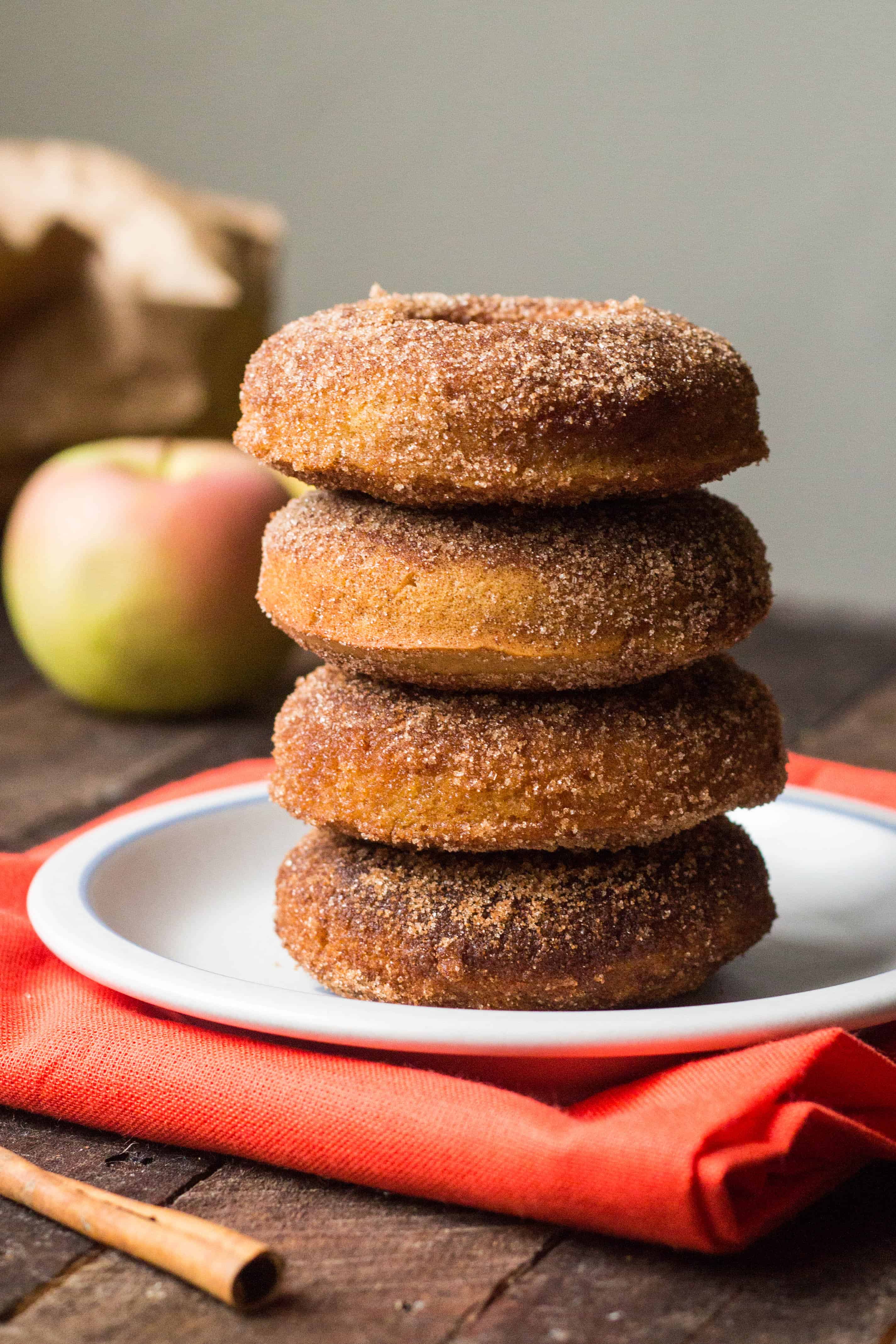 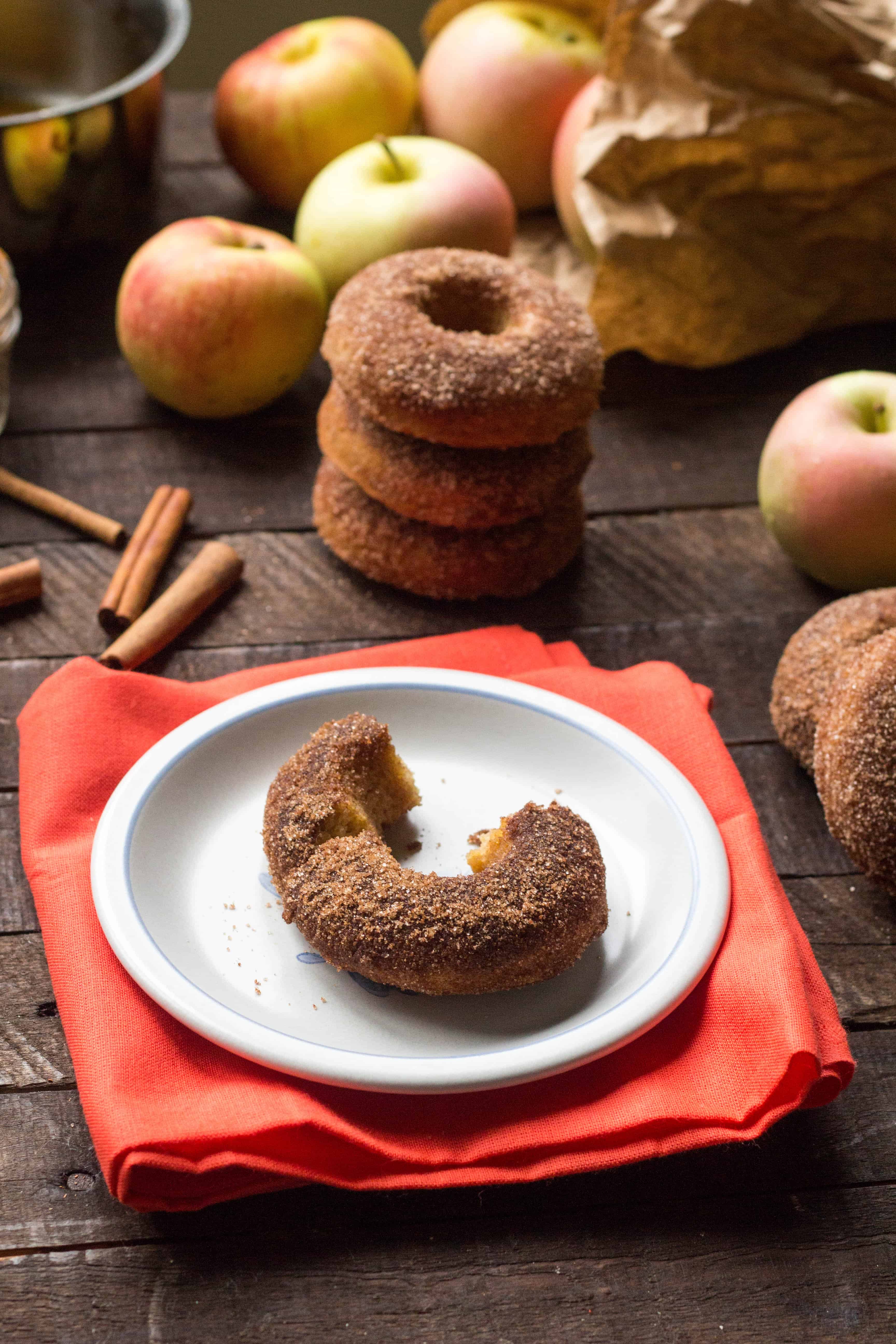 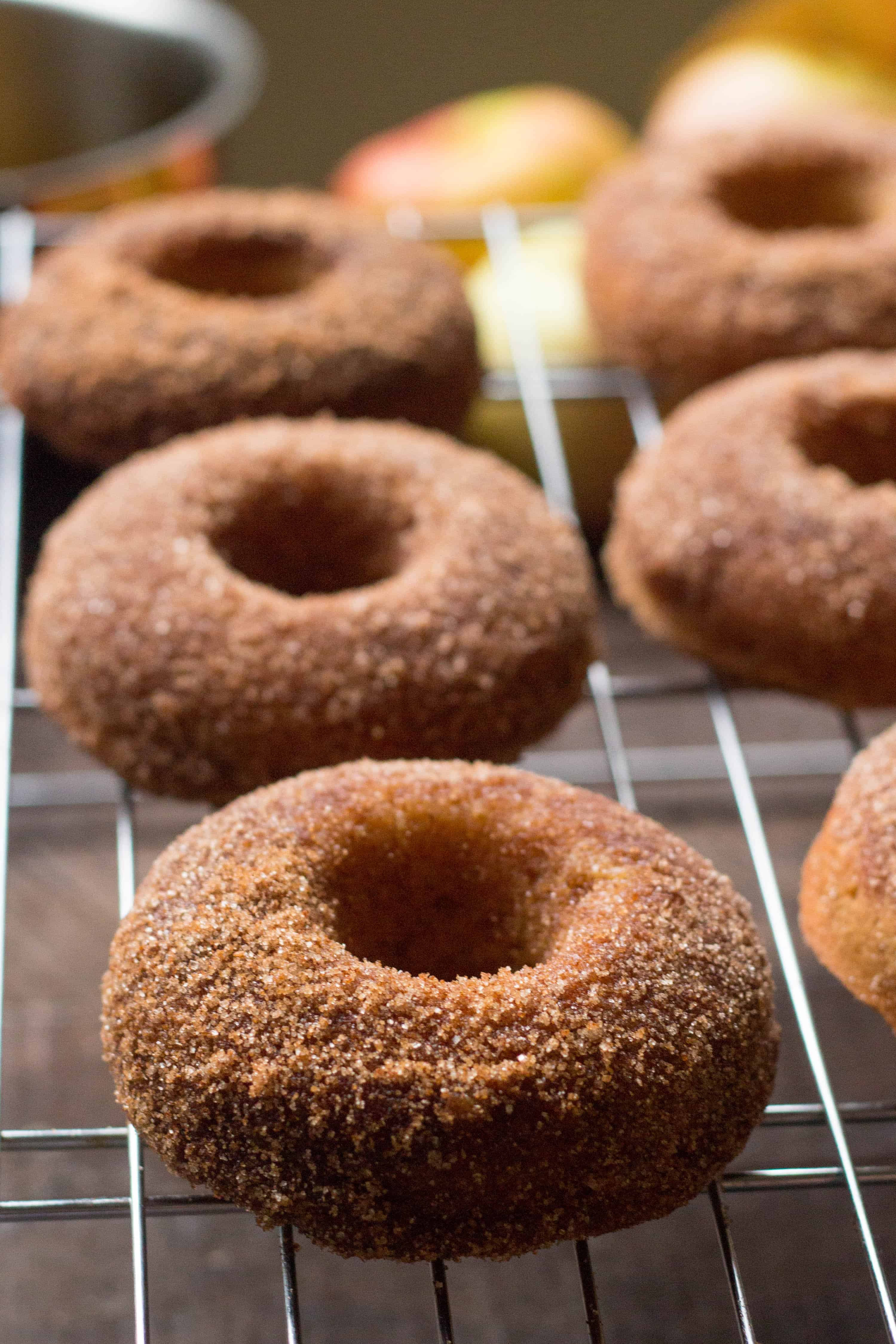 This recipe is incredibly simple. First, mix up a basic batter with flour, sugar, baking powder, salt, egg, melted butter and apple cider. The key is to stop mixing as soon as the flour is incorporated – this will help the doughnuts stay light and tender. Overmixing can result in tough doughnuts, so avoid at all costs! Next, spoon the batter into a greased doughnut pan and bake until a toothpick inserted into the center comes out clean.

Let the doughnuts cool slightly, then dip them in melted butter (I love salted here) and then roll in cinnamon sugar and devour. My mouth waters just thinking about them!

Can apple juice be substituted for the apple cider?

I don’t recommend it. Apple juice is much lighter and doesn’t have the same amount of flavor or sweetness as apple cider. The cider is what makes these doughnuts taste like fall!

Should the apple cider be concentrated first?

A lot of apple cider doughnut recipes call for concentrating the cider by reducing it in a pan before adding it to the batter. It will give your doughnuts a slightly more cider-y flavor, but in my opinion, it’s too fussy of a step for the minimal difference it makes. That said, if its something you would like to try, go for it! 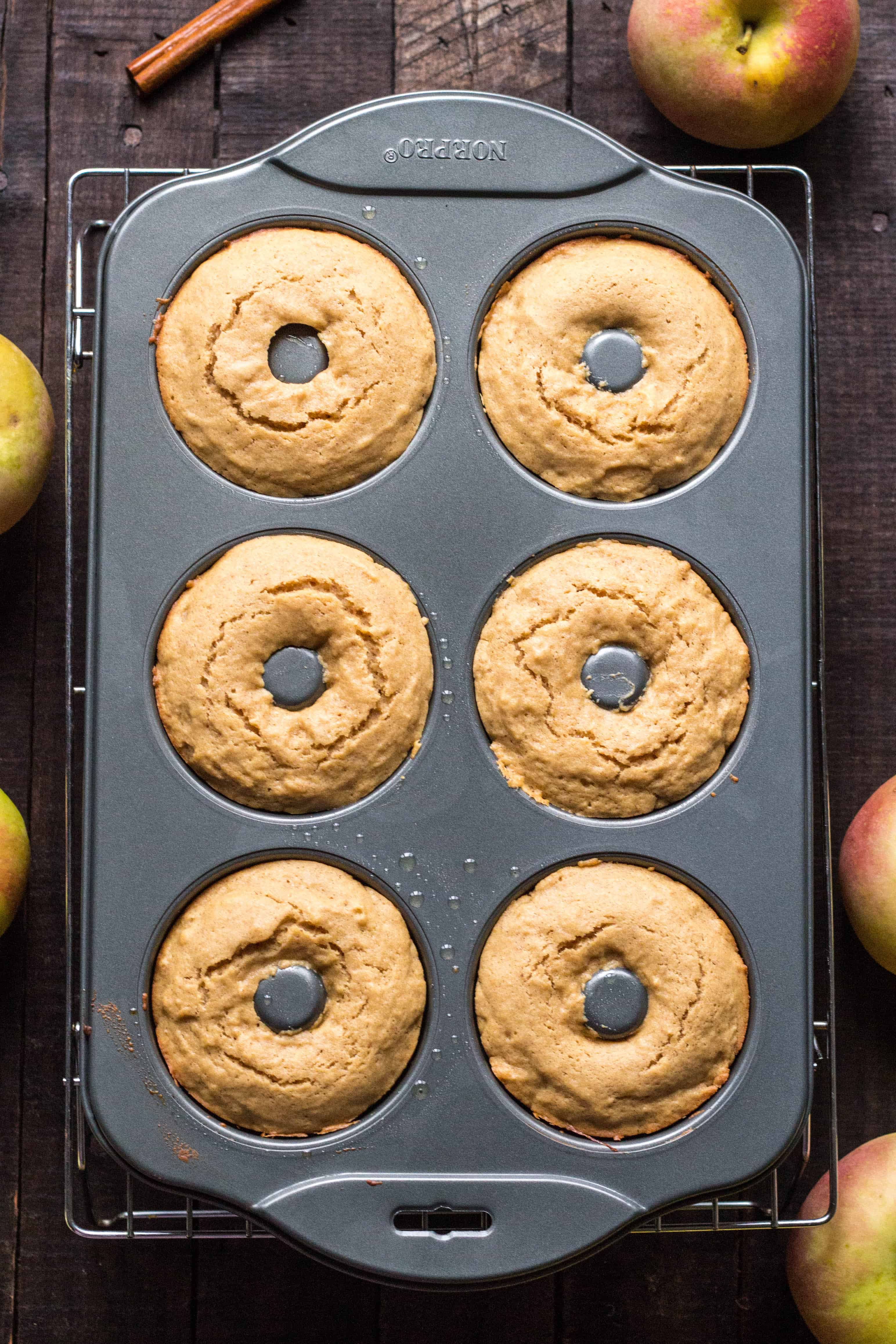 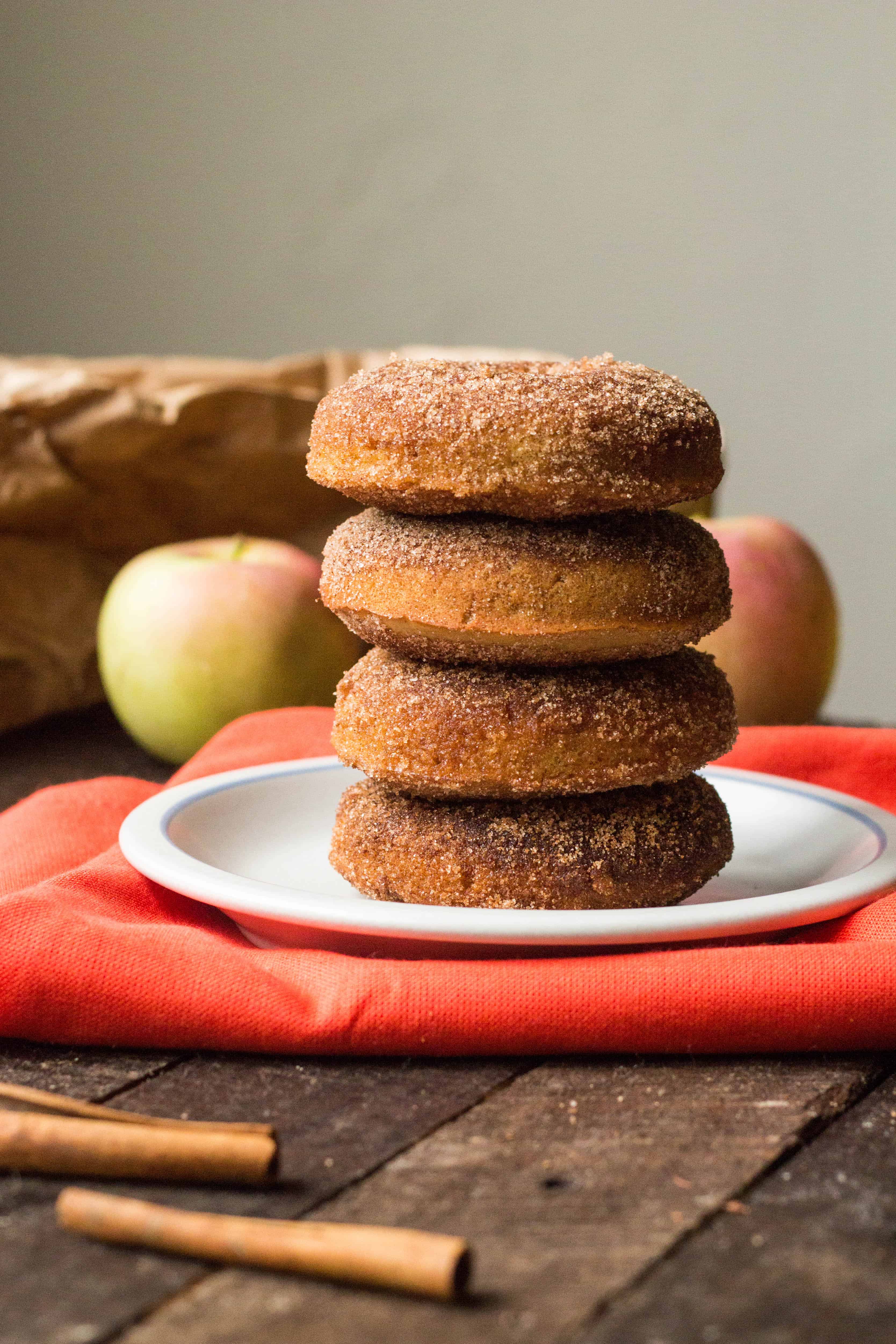 Is a doughnut pan necessary?

If you want to achieve the traditional round doughnut shape with a hole in the middle, then yes, you need a doughnut pan. The good thing is that they’re inexpensive and can be used to make all kinds of healthier, baked doughnuts.

But if you’re just looking to bake up something delicious and don’t care what it looks like, a muffin tin will work just as well. You can even make these in a mini muffin tin for smaller, bite sized doughnut “holes”. That said, if baking in a muffin tin, you will need to adjust the baking time. It will take longer for them to bake in a full sized muffin tin, and slightly less for mini muffins. Always keep an eye on them and check with a toothpick to make sure there is no raw batter in the center.

Can this recipe be made gluten free?

Yes! This recipe works great with an all purpose gluten free flour blend. I recommend the Cup4Cup brand, as I’ve found it to produce results closest to wheat flour out of all the brands I’ve tried. 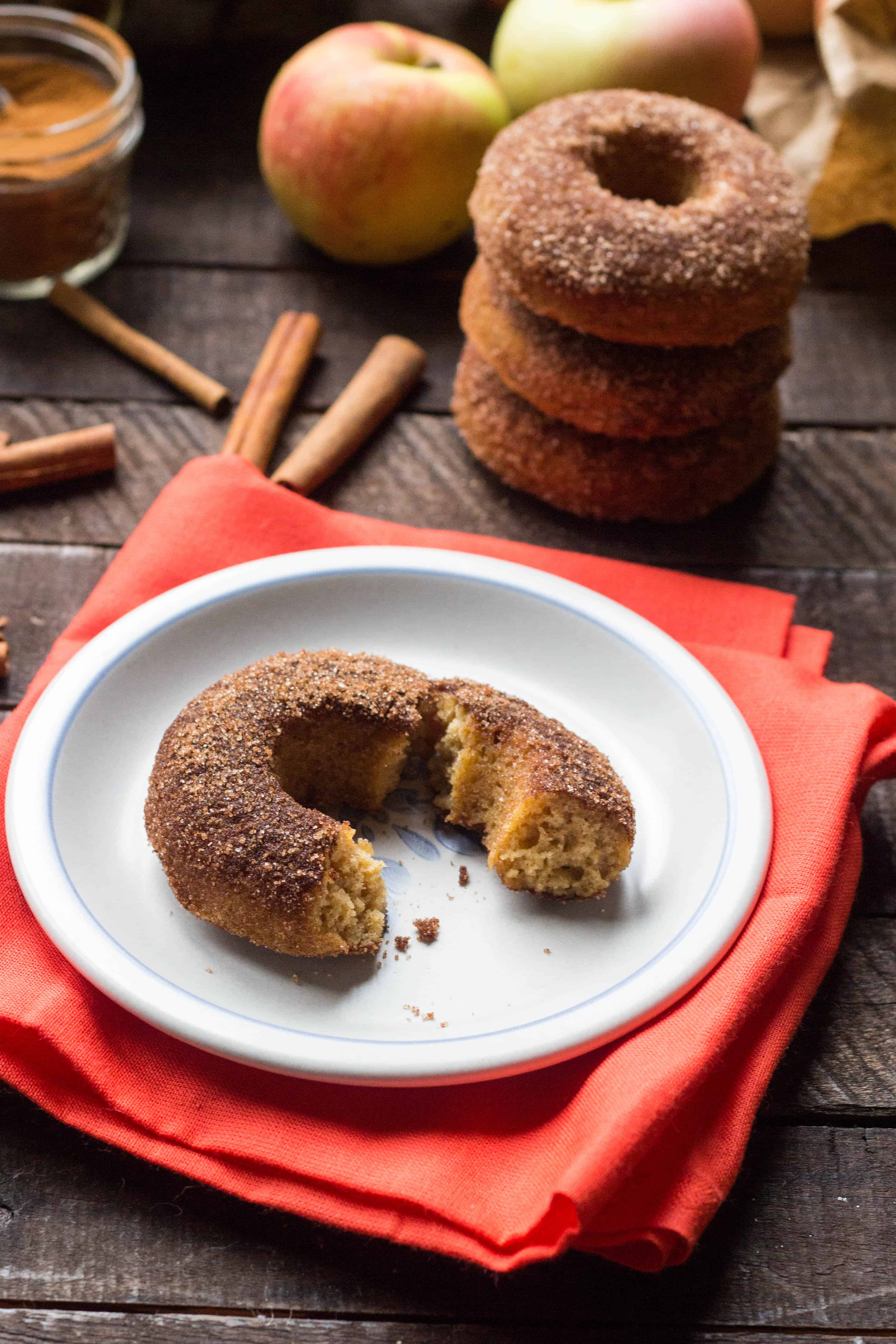 Here are some more awesome apple recipes to try!

This recipe for Baked Apple Cider Doughnuts is healthier than traditional cider doughnuts because they’re baked instead of fried. They’re warm, doughy and just sweet enough. So easy to make and perfect for fall!