48 hours in the beautiful city of Turin, Italy! This travel guide details where to eat, drink and stay in the capitol of the Piedmont region of Italy.

Our journey to Italy began in Milan, when we landed way later than expected thanks to a nice little 5-hour delay in Philly. After cruising through an absurdly easy customs process, we were greeted by my former Food Network Star competitor and pal Luca Della Casa and his lovely wife Marcella. It was beyond a blessing to have these two there to do all the thinking for us.  I couldn’t have possibly imagined trying to navigate a foreign country and European train systems after such a grueling travel day.

We were whisked away to Luca’s sister Graziella and her husband Grillo’s home in Torino, where they had dinner waiting. We were greeted with open arms, hugs and kisses from quite a crowd: including Luca’s parents and Nonna (yes! the famous one he always talked about on Food Network Star!), Grillo’s parents and Nonna, little ones Lorenzo and Giorgia, and a few other family members to boot.

We sat down immediately and were treated to one of our most memorable meals of the trip. On the table were several traditional dishes of Piedmont, like Vitello con Tonato- cold, thinly sliced veal topped with a sauce made from tuna, egg and capers. This dish became an immediate favorite of Chaser’s, who loves anything with veal, tuna, boiled eggs and capers. Also on the table were fried pieces of dough stuffed with prosciutto and cheese called panzarotti, a Russian style salad with chopped vegetables and egg, and the most delicious anchovies marinated in a rich tomato sauce – a specialty of Luca’s mother. They were tangy and light, without a smidge of the salty, fishy flavor we American’s so often associate with anchovies. 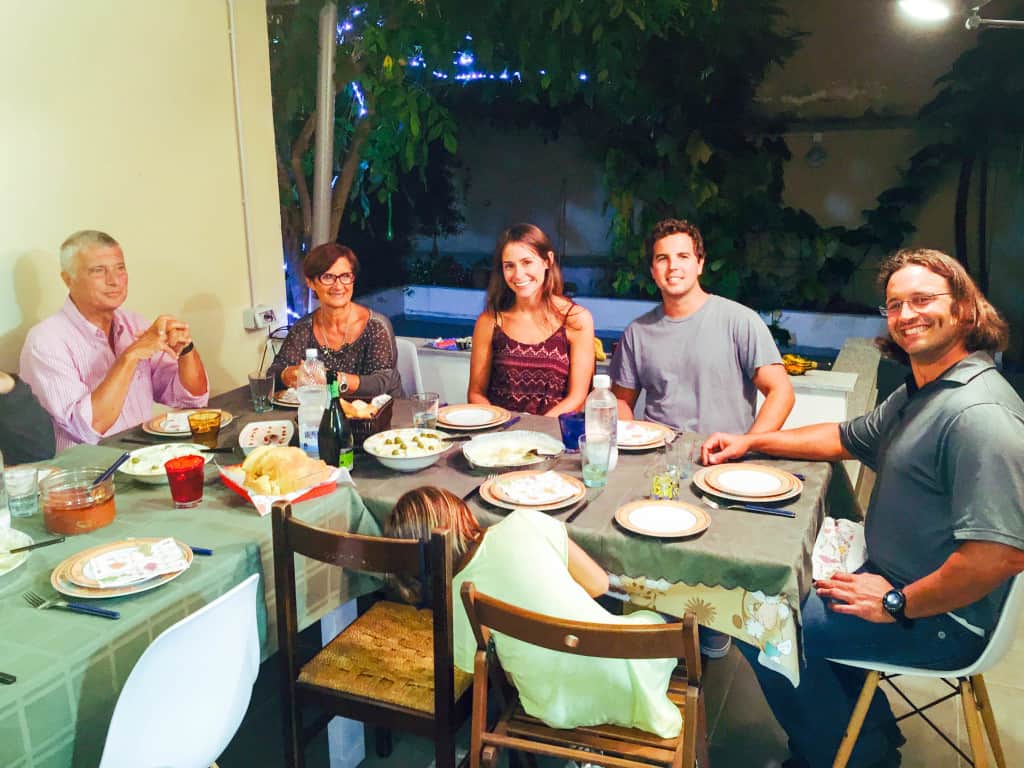 Next up, the main course: a slow roasted leg of venison that was caught several months ago by Grillo and was being saved for a special occasion. We we’re floored that our presence was deemed special enough! The meat was lean and juicy, with not even a hint of game. On the side was a big bowl of caponata – an agrodolce (sweet and sour) eggplant dish from Sicily; plus some simple boiled potatoes with the most delicious herb butter. It was made with homegrown rosemary and crunchy sea salt brought home from their recent trip to the French seaside.

This was all washed down with some incredible wine. We were first treated to a glass of prosecco, then a local white, then a light, easy drinking red. That was followed by a big, earthy Borolo that the Piedmont region is known for. It was deep and complex, and stood up nicely to the venison. It was really quite a treat.

After dinner we so were stuffed, but had to make room for homemade tiramisu and ricotta cake. This was to date, without question, the best tiramisu I’ve ever had. You’ll see this as a theme throughout the next few posts about our trip to Italy – there was a lot of “the best I’ve ever had”. It was so rich, so creamy, and so full of strong coffee – just what we needed to keep us awake after being up for over 24 hours straight. We sat there amidst a family conversation in a language we could barely understand, but comprehended enough to laugh along with the jokes, and to feel welcomed and connected.

After dessert we were poured shots of homemade limoncello, made with special lemons also from the French seaside. Once again, this was the best limoncello we’ve ever had! Maybe it’s from the superior quality of lemons, but I have a sneaking feeling it’s really due to the love, care and tradition it was made with. It was so good, we had enough to make us sleep in past noon the next day. Maybe it was the grueling travel day, maybe it was the booze. Who’s to say?! Either way, I couldn’t have asked for a warmer, more generous welcome into Italy. I wish we were coherent enough to have taken some photos, but the memories are forever embedded into my brain. I will never, ever forget that night. 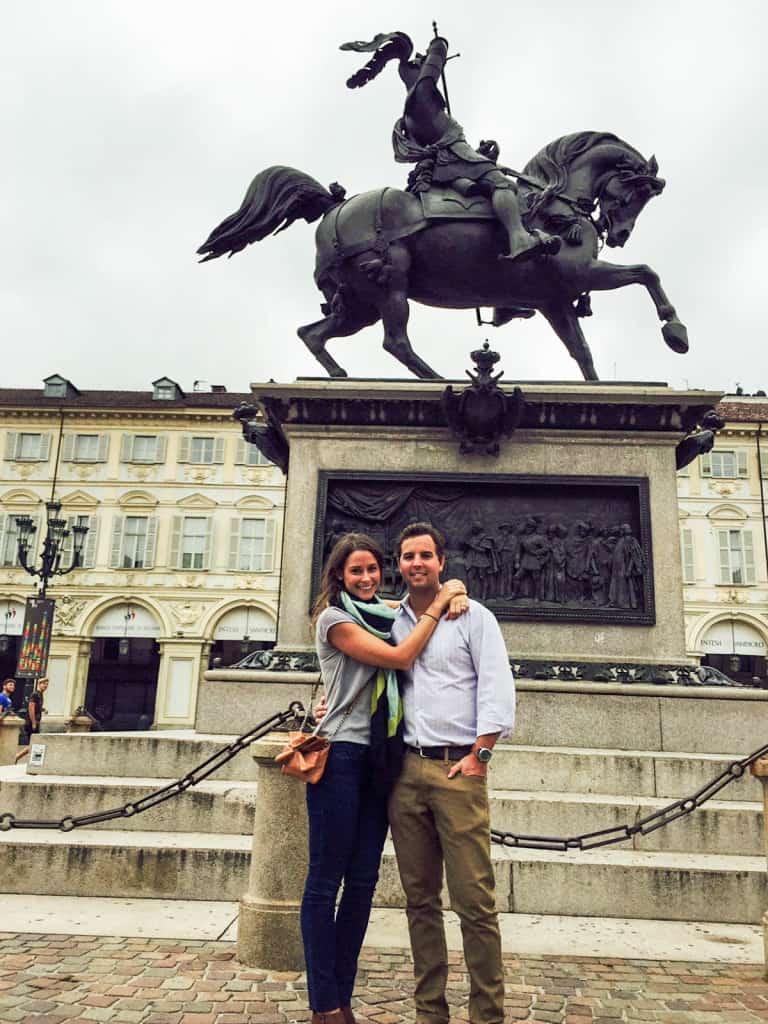 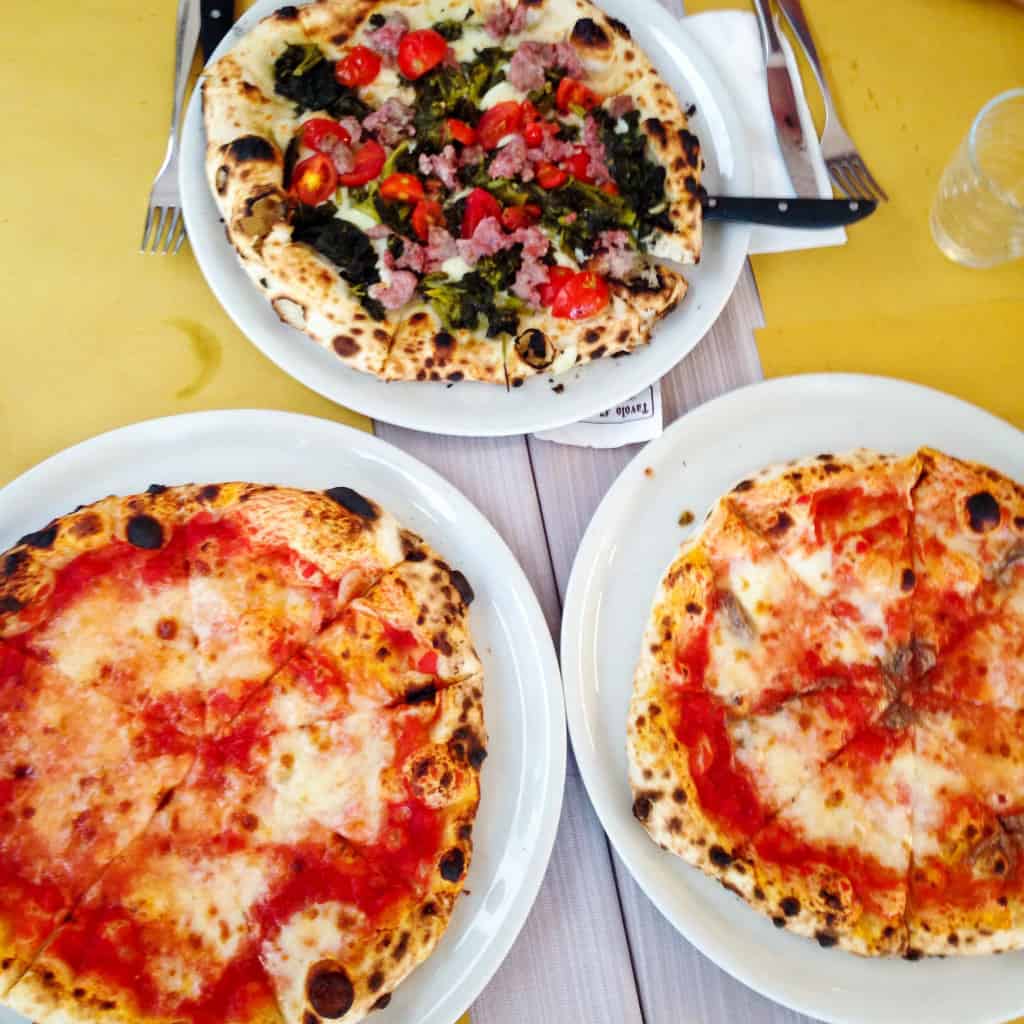 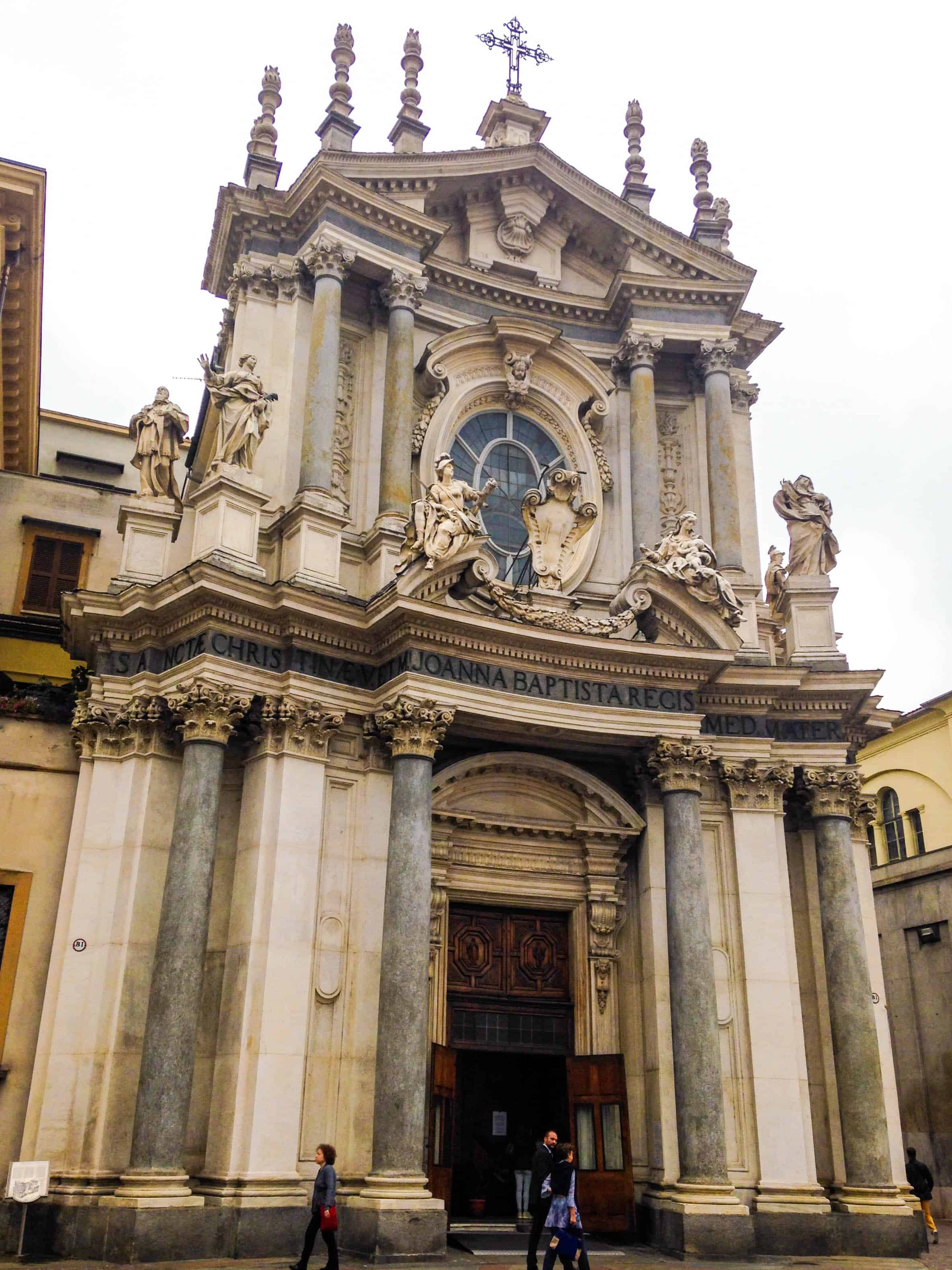 The next day, after a very long, much-needed night of sleep, we spent the day with Luca and Marcella touring downtonwn Torino and sampling the local fare – amazing pizza, really good gelato, and (duh) plenty of wine and espresso to keep the party going. That night, we were invited to Luca’s parents house for wine and salecini, aka little salty snacks. After that, we met up with the rest of the family and one of Luca’s oldest friends for dinner at a little trattoria owned by one of Grillo’s pals.

Course after course was brought out, each one better than the next. The wine was flowing. Little did we know this would be one of the best meals we would have in all of Italy!! Some highlights for us were the prawns wrapped in lardo with gorgonzola sauce; a “tiramisu” made with roasted peppers, bread and cream; vitello con tonnato two ways – one classic and one modern; homemade pasta with fresh black summer truffles, and absurdly large mounds of beef tartare done three different ways. 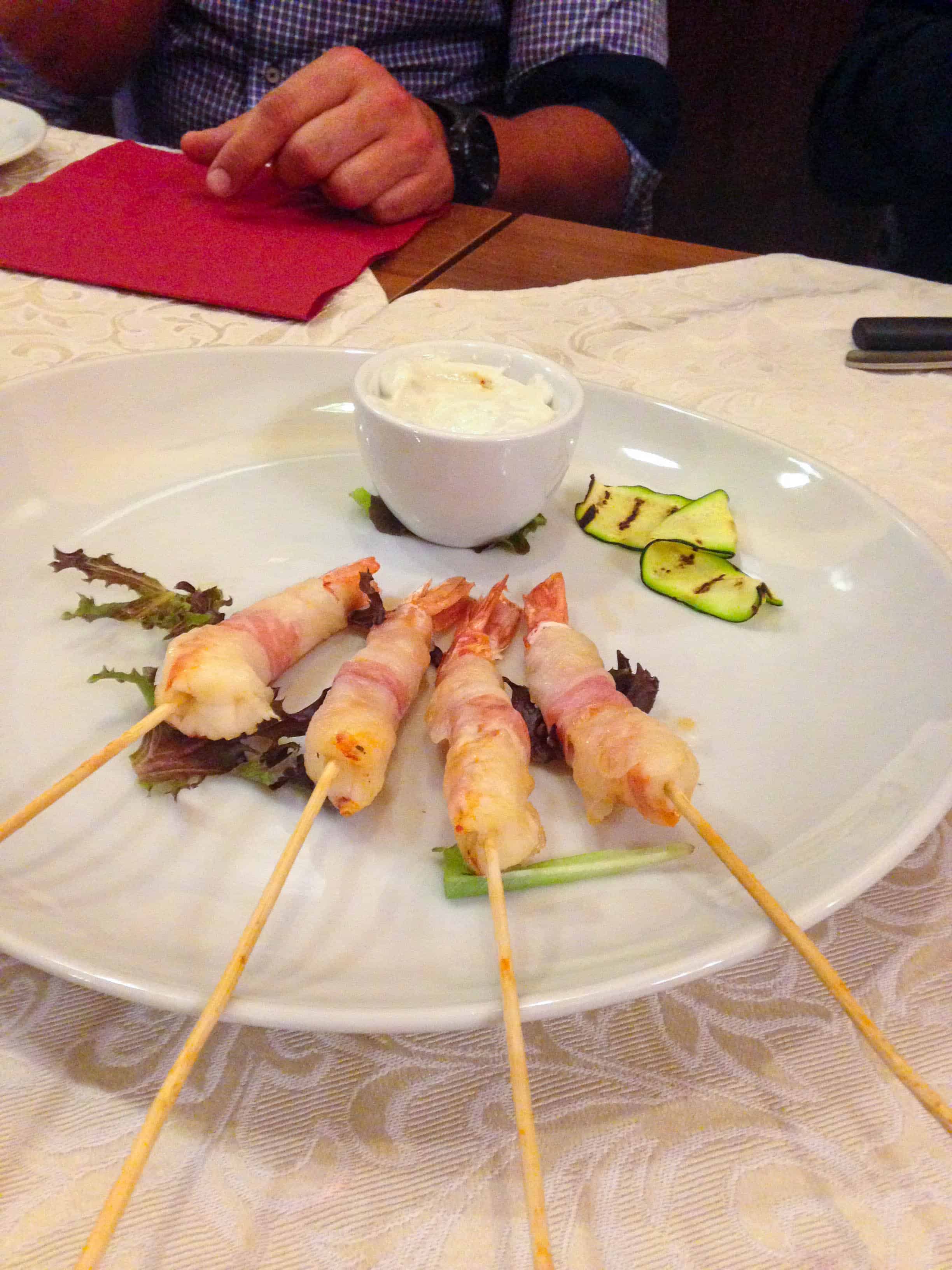 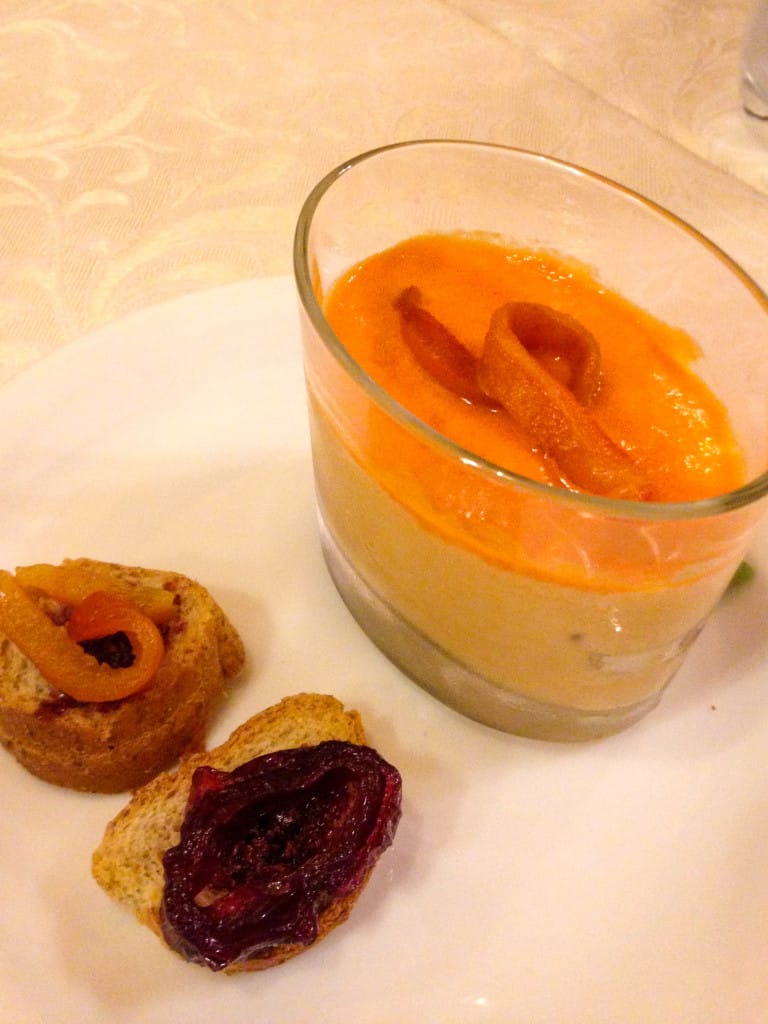 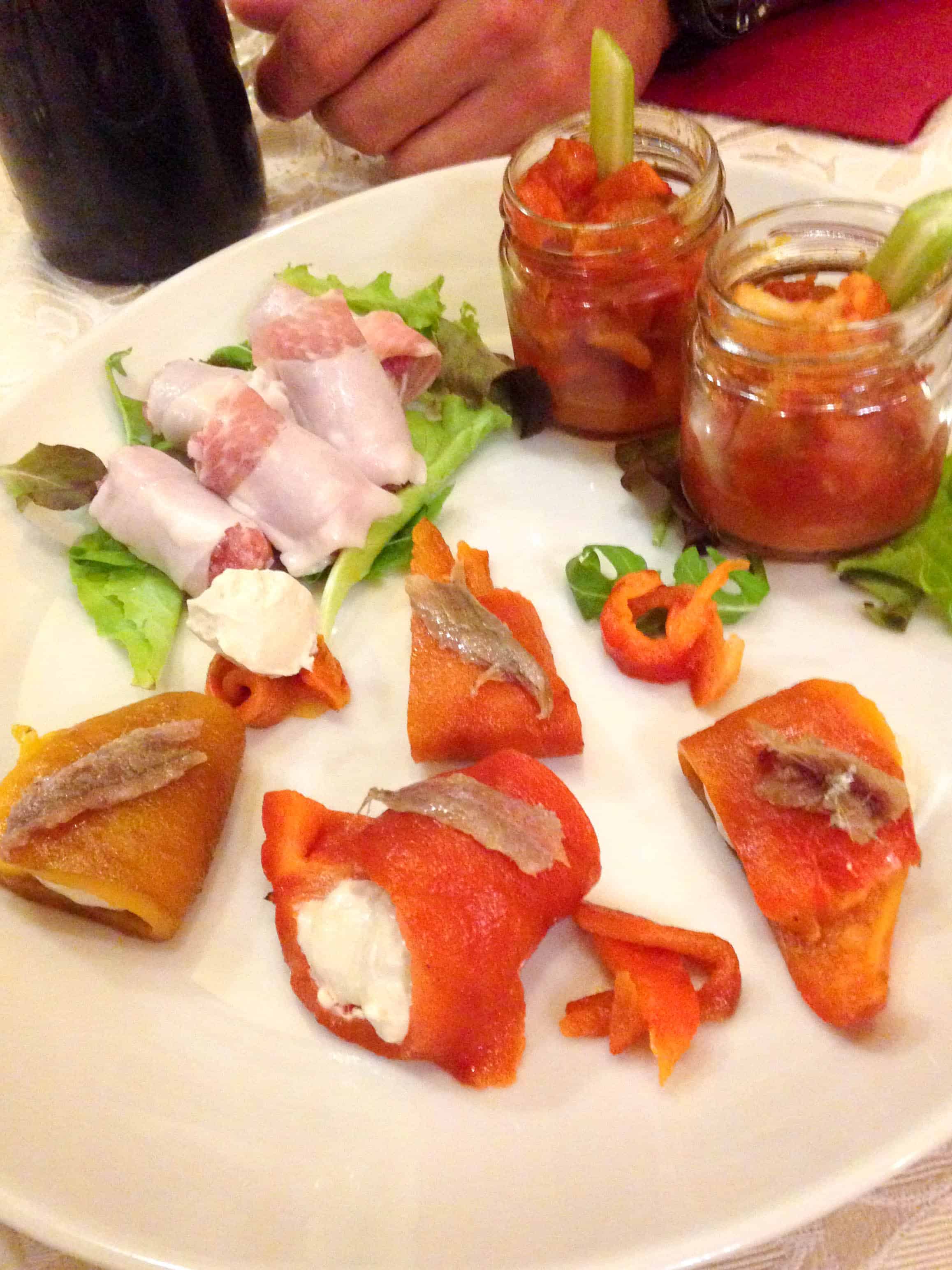 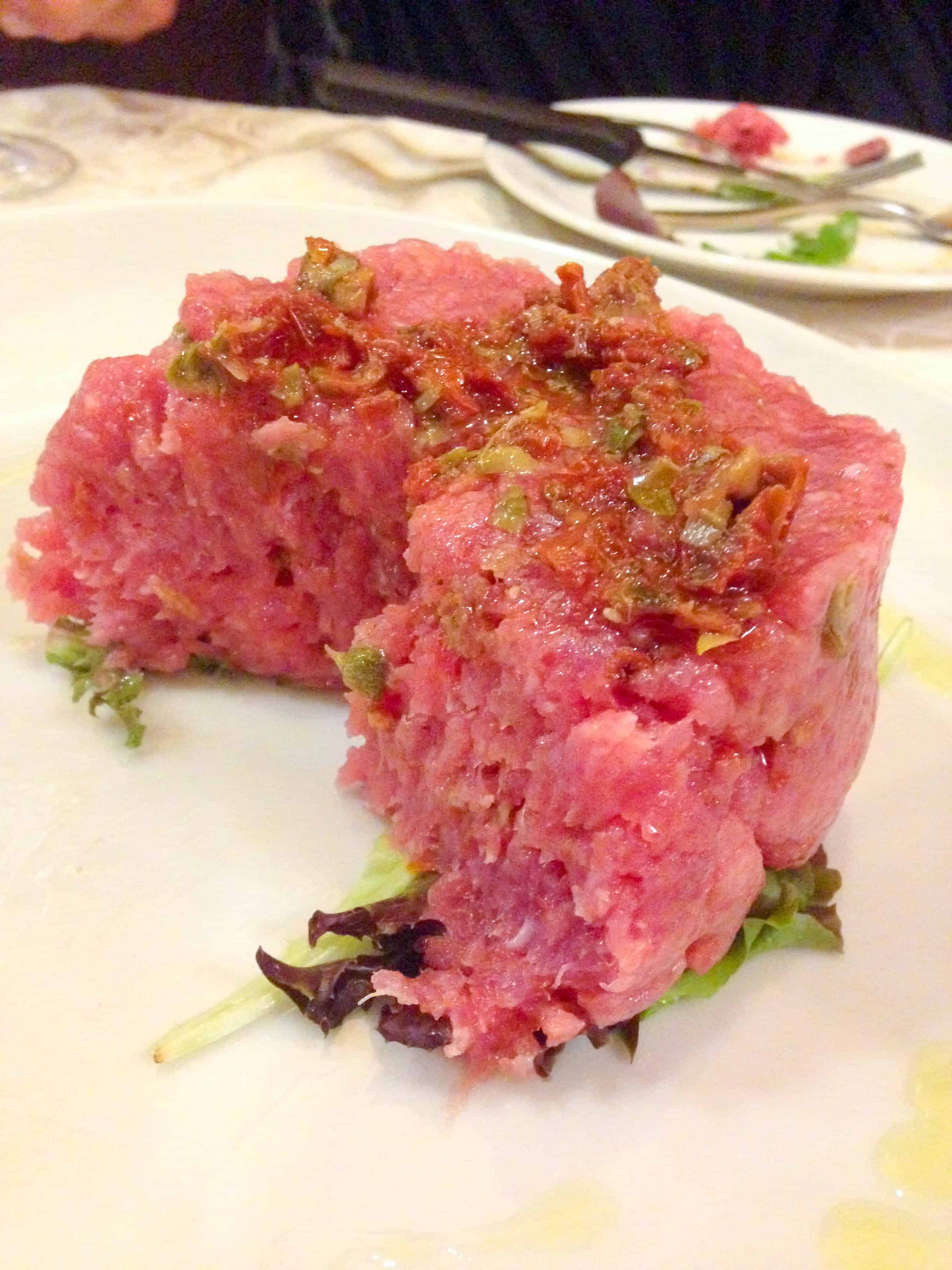 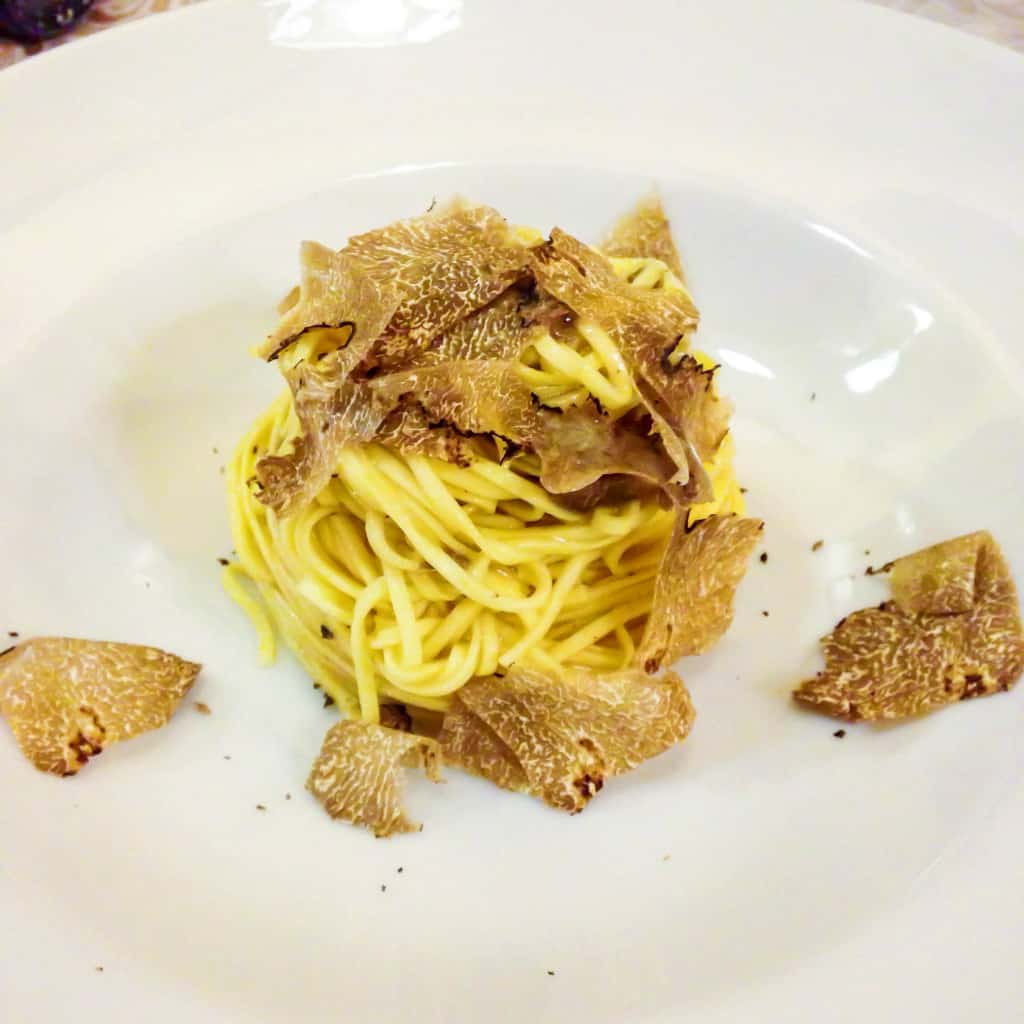 The next morning, we set off on our own like little baby birds leaving the nest for the first time: a little nervous, a lot excited, and in total disbelief that the trip could possibly get any better from here… but somehow, it did!

Off to the Cinque Terre we go. More on that tomorrow!

We can’t thank Luca, Marcella, Graziella, Grillo and the rest of the family for showing us such an amazing time in Torino! I couldn’t have asked for a better introduction to such an incredible country. Grazie Mille! 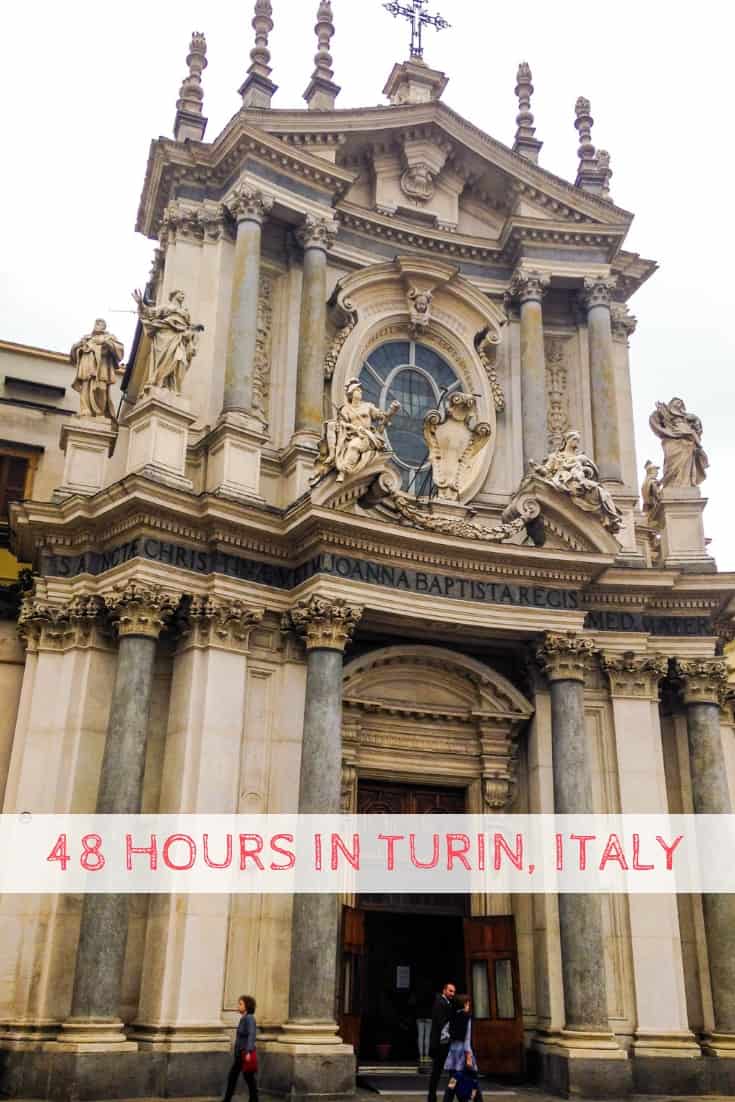