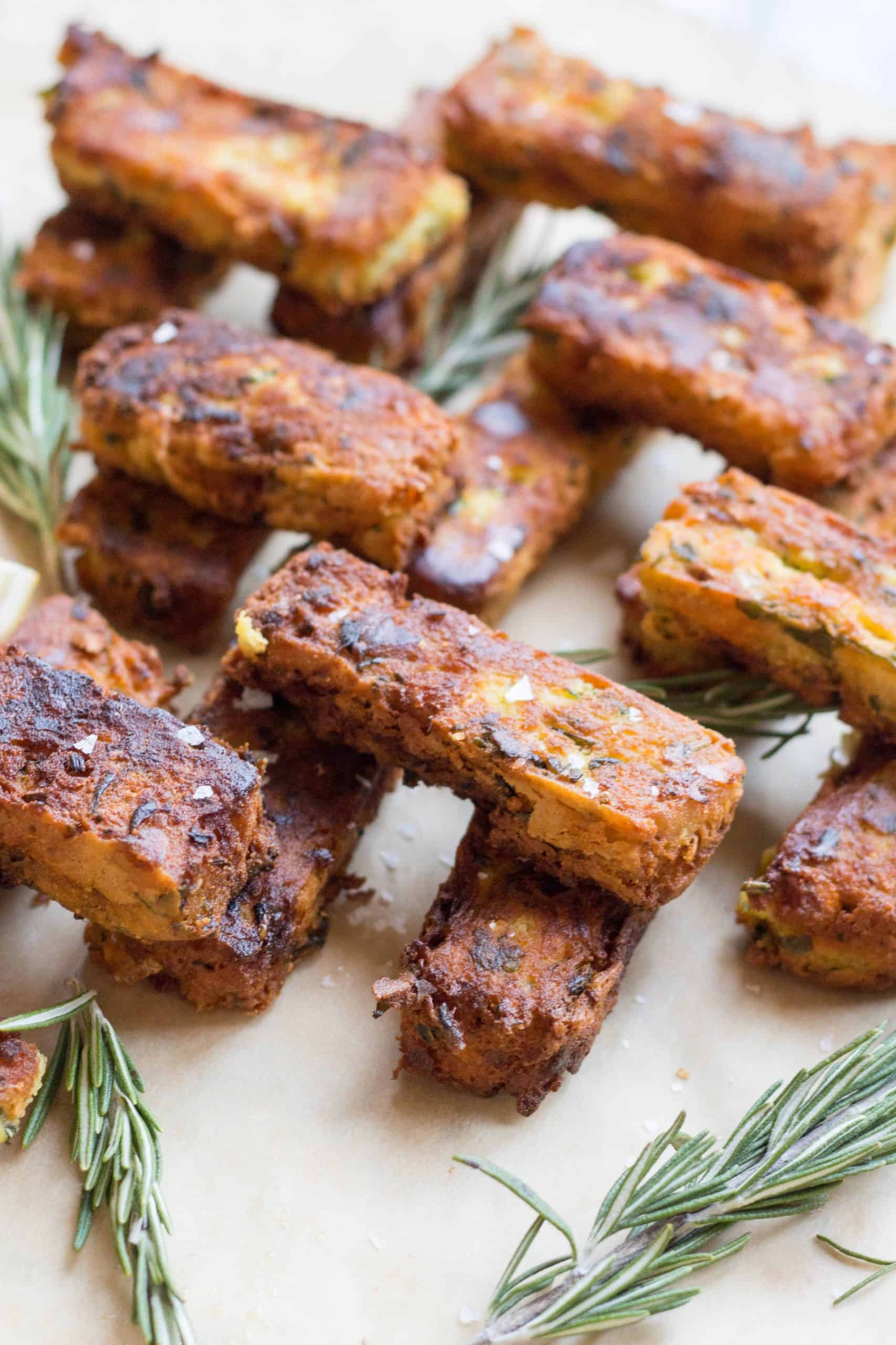 This easy recipe for Chick Pea Fritters uses chick pea flour and lots of veggies! They’re crispy, salty, and also vegan and gluten free! A great way to get kids to eat their vegetables.

These delicious little fried nubbins are known in Italy as panelle. This is my version. Panelle are essentially fritters made from a thick batter consisting of chick pea flour and water.  They originated in Sicily and are commonly sold as a snack throughout the streets of Palermo. They’re crispy on the outside, soft and creamy on the inside. Traditionally they’re fried in olive oil, which gives them a deep, rich flavor.

Panelle are really simple to make. You can keep them plain, as you’ll usually find them in Italy, or you can gussy them up with different herbs, spices and flavorings. I like to add in a few veggies for a little boost of nutrition, but also for additional flavor and texture. Oh, and speaking of nutrition, did I mention these happen to be totally vegan and gluten free? Yep. They’re also naturally soy free, nut free, egg free and make a great option to serve to anyone with food allergies or dietary restrictions. Yay!!

Panelle are also great to serve to anyone without any dietary restrictions. That’s what makes these little guys so amazing. They’re loaded with protein, fiber and vitamins, but they just taste like fun, yummy treats. Are they the perfect food? They very well just may be. 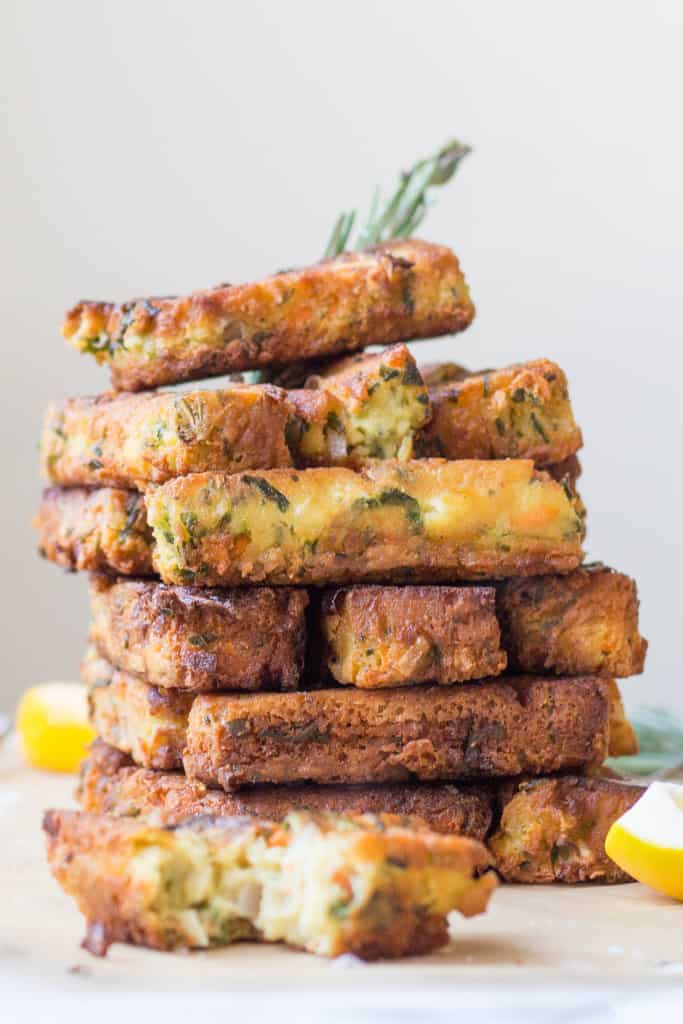 This easy recipe for Chick Pea Fritters uses chick pea flour and lots of veggies! They’re crispy, salty, and also vegan and gluten free! A great way to get kids to eat their vegetables.